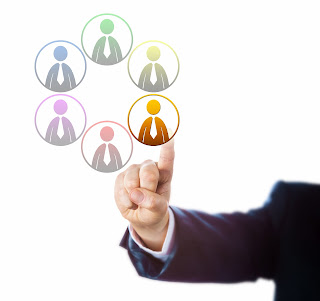 When recruiting candidates, unconscious bias can sneak in unnoticed, which can mean you overlook great candidates. Here’s Part Two in our four-part series.

Ever formed a snap decision about something in your mind and then found yourself searching for evidence to prove it?

For example, there’s probably been a time in your life that you went to the hairdresser and wound up with a cut that you didn’t like. As soon as you formed that opinion, you might automatically have found find yourself searching for clues that the world outside agreed with you. Did you get a strange look from a passer-by, and leap to the conclusion that he was critiquing your new ‘do? Did you hear someone laughing, and assume straight away that she was laughing at you?

If so, you’ve experienced confirmation bias. But how exactly does it manifest when it comes to recruitment?

Let’s say you’ve got a pool of three or four job seekers vying for the same role. While perusing all of the resumes, you discover that one of your shortlisted applicants went to the same University as you. Straight away, you remember the great time you had while studying, the friendships formed and the quality of the teaching staff. Subconsciously, you decide that being a fellow My University graduate, this candidate will be the one to watch.

And there’s nothing wrong with a prediction - until, that is, it morphs into recruiter bias.

You may find yourself seeking confirmation that this job seeker is the best choice, rather than reviewing all three or four with a consistent approach. If they miss the mark at the interview, you might conclude that they’re just having a bad day. When you perform reference checks, you might be satisfied with the one glowing review you received rather than cross-checking against the other name on the list.

This can have huge ramifications: both for the other candidates in the pool, whose careers you hold in the palm of your hand, and for your company – who, let’s face it, are going to suffer if you’ve made the wrong choice.

So to avoid this kind of recruiter bias, here are our tips:


Remember – nobody’s perfect, yourself included. But a bit of self-awareness can go a long way towards the success and failure of your hiring process.

*Standardised application forms can be pretty nifty for a variety of reasons. Have a look at our suite of Candidate Management tools here.
at 1:38 PM
Email ThisBlogThis!Share to TwitterShare to FacebookShare to Pinterest

Talent Propeller is reinventing recruitment in Australasia with our innovative approach.